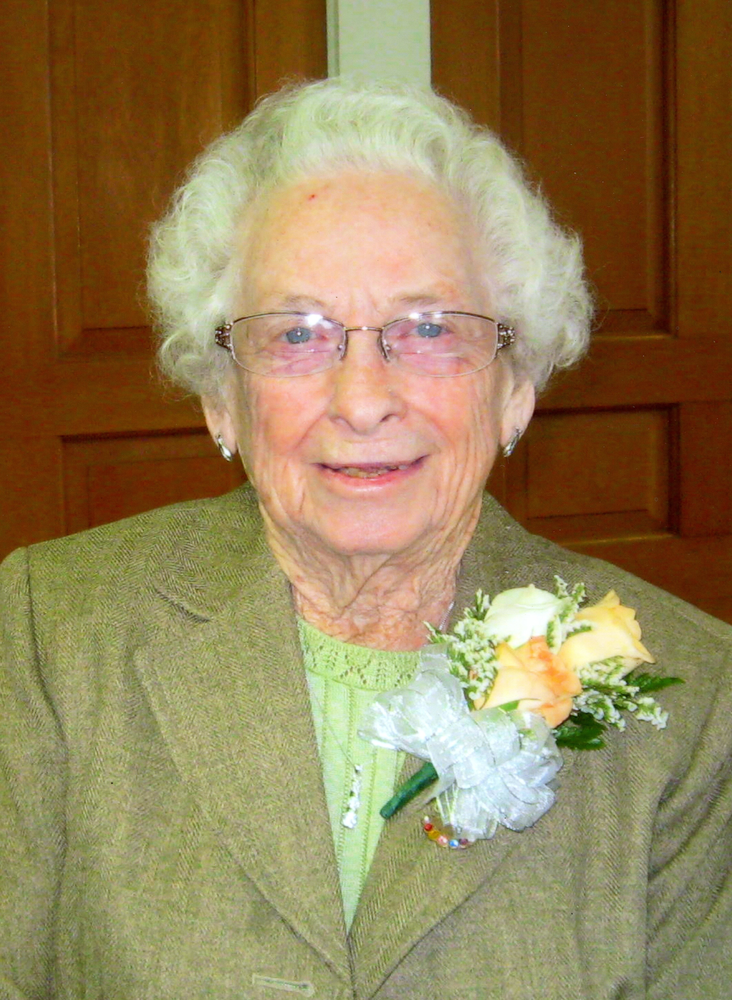 Gertie's departure from this earth was hastened by the isolation forced on us by this pandemic. She was a social butterfly and was in her glory when surrounded by family and friends. Her struggle ended on August 12, 2020 at the Chase Memorial Nursing Home in New Berlin. Gertie was born on January 13, 1917 in Youngs Station to the late Roy and Ruth Dewey, the eldest of eight children. On May 26, 1933, she married Neldon Pierce in Gilbertsville; he predeceased her on June 19, 1990. On October 22, 1993, Gertie married Paul Boyd and enjoyed seven years with him until his passing on March 22, 2001. As with many families, Gertie spent much of her early life on farms and learned the value of hard work. She never just sat still and always kept her hands busy. She was the consummate homemaker: growing vegetables, canning, cooking and baking. She was a seamstress who enjoyed all forms of needlework and quilting. Gertie brought home many blue ribbons from the county and state fairs. She made and decorated hundreds of cakes for special occasions. She and Neldon spent nearly fifty years on the dance floor, from their courting days through the square dance club. Gertie's focus was always on family, faith, and fellowship. As her children were growing she was a leader in the 4-H Club. She was a member of D.A.R. and of the Grange for more than 60 years. A longtime member of the Methodist Church, she was instrumental in starting a Food Bank in Guilford. She was also active in the Guilford Historical Society. Gertie is survived by her daughter, Leota Hendrix and son, Douglas Pierce; two granddaughters, Brenda Craver and Debra (Robert) Allen; four great-grandsons: Jeremiah and Luman Craver and Joshua and Jared Kiel; 7 great, great-grandchildren; and 1 great, great, great-grandson. Her brother Raymond is her only remaining sibling. She has three step-daughters, Reta Faye, Linda and Edna, from her second marriage. She is survived by too many nieces and nephews to list. She was predeceased by two husbands; her daughter, June; two sons-in-law, Charles Hendrix and Richard Jardine; a grandson by marriage, Mark Craver; and six siblings: Marguerite, Roy, Jr., Manuel, Alpha, Fred and Marie. Her family would like to thank the staff at Preston Manor (County Route 4, Oxford, NY 13830) and Chase Memorial Nursing Home (1 Terrace Heights, New Berlin, NY 13411) for the excellent care they provided. Memorial donations can be made to either facility in lieu of flowers. Burial will be in the Maplewood Cemetery at the family's convenience. Arrangements are under the direction of C.H. Landers Funeral Chapel. Expressions of sympathy may be made at www.landersfh.com.

Share Your Memory of
Gertrude
Upload Your Memory View All Memories
Be the first to upload a memory!
Share A Memory
Plant a Tree