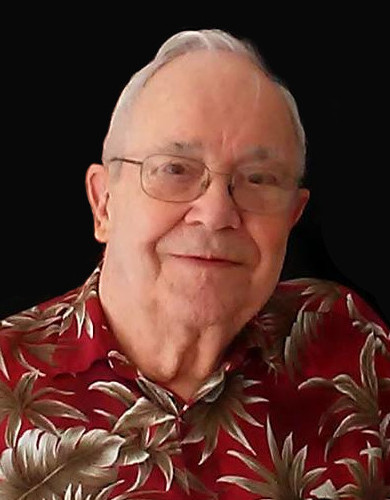 M. Alan Champlin Sidney—M. Alan Champlin, 95, of West Winfield, NY died Tuesday, July 21, 2020 at A.O. Fox Nursing Home in Oneonta. He was born June 21, 1925 in Pittston, PA, the son of Mahlon and Florence (Johnson) Champlin. He graduated from Oneonta High School in 1943 and served in the U.S. Marine Corps from 1943 to 1946. Alan graduated from Clarkson College in Potsdam, NY in 1950 with a degree in Electrical Engineering. He married Edith M. Colburn on May 30, 1950 in Morris, NY. He was employed at Bendix-Scintilla (now Amphenol) in Sidney for 37 years and retired in 1988. Most of his professional career was devoted to functional and environmental testing of electrical components. As a result of the expertise he acquired in this field, Alan contributed to the development of numerous standards and specifications for military and industrial use. Through his involvement with the Electronic Industries Association and the American National Standards Institute, Alan became active in the U.S. National Committee of the International Electrotechnical commission (IEC) and the International Standards Organization (ISO). This led to his appointment as Secretary of IEC Technical Committee No. 48: Electromechanical Components for Electronic Equipment. Locally, Alan was a member of Post No. 183 of the American Legion until he relocated to West Winfield in 2005 where he transferred to Post No. 1058. He was formerly a member of the Bendix Management Club, Engineers' Club and Scintilla Gun Club. After his retirement, he became a member of the Allied-Signal/Bendix Salaried Retirees Association. He is survived by three sons: Mark, Brian and John of Bainbridge; two granddaughters, Stacy of Mt. Upton and Shelly of Johnson City; one grandson, Sean (Katie) of Sidney; seven great-grandchildren: Kailey, Tanika, Connor, Trey, Michael, Skylar and Maxton. Also surviving are his domestic partner, Zelpha Hoyer of West Winfield and several nieces and nephews. Alan was predeceased by his wife, Edith; sister, Norma Colombo; and son, Michael. Graveside services with military honors will be held at 11:00am on Monday, July 27, 2020 at Hillington Cemetery, Morris, NY. Share condolences and memories with the family online at www.landersfh.com. Arrangements are with C.H. Landers Funeral Chapel, Sidney.
Monday
27
July

Share Your Memory of
M.
Upload Your Memory View All Memories
Be the first to upload a memory!
Share A Memory
Plant a Tree