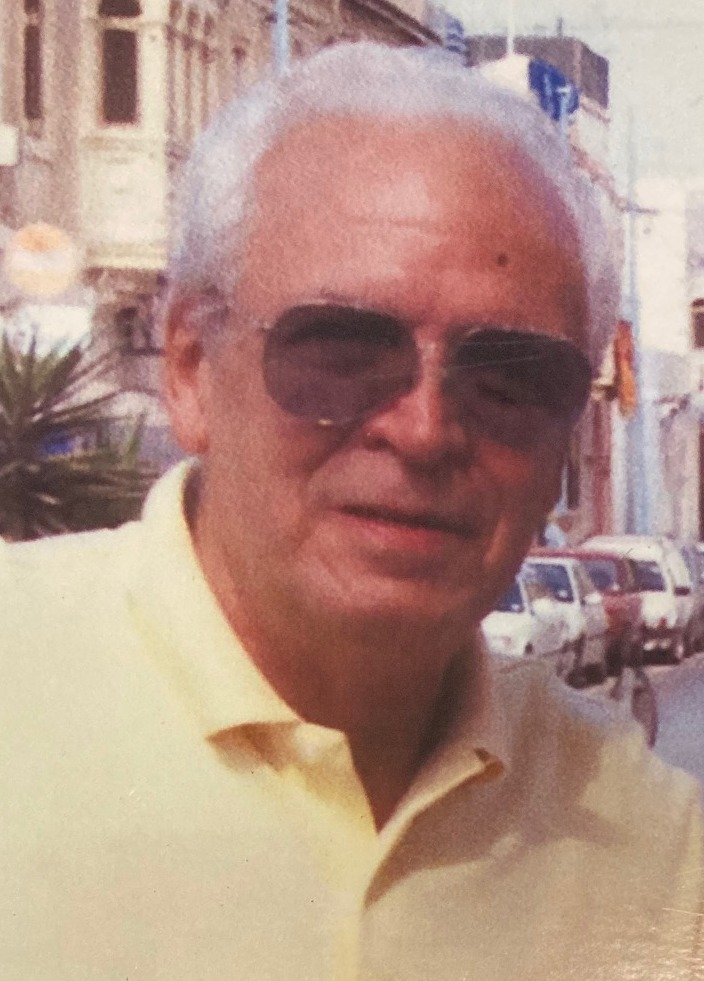 David S. Calleia succumbed July 2, 2020 at the age of 78, son of predeceased Lawrence E. Calleia, Sr. and Ida Mae (Smith) Calleia. He was also predeceased by his brother and sister-in-law Lawrence E. Calleia Jr. and Emily Elizabeth Calleia of Queens and his brother Michael Calleia, and Sister-in-law, Pauline of Plano, TX. He is survived by his three daughters, the loves of his life, Diane Prendergast, Mamaroneck , Debra Calleia, Mamaroneck and Claudia Fellini and her husband Andy, New Canaan, CT. Blessed with four grandchildren, Christian, Gavin, Austin and Sarah Companion, Inge Deering, Bainbridge The mother of his three daughters, Rita Filleti by marriage. He was born in Detroit, MI on November 6, 1941 and baptized on Pearl Harbor Day, His father worked for Packard Motor Co. building tanks. At the end of WWII his parents bought a farm in North Sanford in 1945 and he and his brothers started school in Bainbridge. His parents over the next fifteen years moved several times but always coming back to the family farm. School was very difficult for David and was never his thing. After leaving Bainbridge school for New York City with his parents, He bust out of school in the 10th grade. David learned his trade from his father to be a truck mechanic and a third class machinist which became a major part of his life and he started working on trucks in 1960 in New York City. Mostly combination fuel oil trucks for six years. Then he realized as he always said he could be an "Oil Man", so he started at the bottom of the pole his first business venture was peddling ice cream with his own ice cream truck on the streets of Brooklyn, the second venture was roofing and the third was transporting #6 fuel oil his own business and many road tankers. David had a strong attachment of the Industrial Age and read many books about industrialist. As the new environmental laws got stricter during President Nixon administration he adjusted his business also, to fuel oil tank cleaning of apartment buildings in New York City and Long Island. Which he said" that was the goose that laid the golden egg". Within five years it developed into the largest tank cleaning co. in New York City with the logo Tanks-A-Lot that still operates today. Hiring many minority workers who he called his friends and even godfathering some of their children. As the business grew and environmental laws tightened he bought a one million gallon fuel oil storage plant in 1979 in Brooklyn and converted it into waste oil treatment refinery to be at that time the model of New York City. The engineers, lawyers and accountants who he hired made it all possible to accomplish. David did all the construction. He also said the next best day of his life was when his best customer bought him out 8 years later; he retired at 44 and moved his family to Florida. David did not handle retirement well and took over a machine shop in Pompano Beach and then a shoe store in Fort Lauderdale and his last retirement job was driving charter buses which he found relaxing. He always dreamed of coming back to Bainbridge area and did in 2002. He settled into the area he truly loved and enjoyed. He looked forward to attending church and was a parishioner of the St. John the Evangelist; he also patronized Sacred Heart Parish in Sidney. He felt very rewarded when his grandson Austin and Daughter, Debra came to visit St. Johns because that made four generations to attend the church. He also loved to pray the rosary and would usually go to mass at least once during the week and on Sundays. He was always a believer of Jesus Christ and Bill Wilson saved his life of which he was always thankful. In 1982, he was past president of the Brooklyn Kiwanis Club, a member of the Executive Association of Greater, NY, New York Oil Heating Assoc., Hospice of Chenango Co. Volunteer as well as the Bainbridge Food Pantry and has a special love for the Knights of Columbus Council #4937 and Piores the 10th of Brooklyn from 1976 to present and has many thanks to the Knights of Columbus and the Tri town dance club and the many friends he made. Old cars were his hobby, you knew him by the old car he drove being a member of the Algonquin Antique Car Club AACA of Bainbridge, Rods and Relics of Gilbertsville and passed member of the Franklin Doodlebug Club. Friends may call Tuesday, July 7, 2020 from 4-7PM at C.H. Landers Funeral Chapel 21 Main St. Sidney. A mass of Christian burial will be celebrated on Wednesday, July 8th at 11:00am at St. John the Evangelist Church in Bainbridge. Burial will be in Greenlawn Cemetery in Bainbridge. In lieu of flowers memorial donations may be made to Birthright of Sidney 21 Liberty St. Sidney, NY 13838 Condolences and memories may be share online at www.landersfh.com Arrangements are under the direction of C.H. Landers Funeral Chapel Sidney
Tuesday
7
July