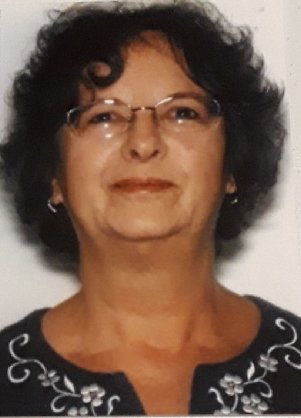 Elizabeth "Betty" Jean Scholl, 71, passed away peacefully early Saturday morning, September 14, 2019 at her home. She was born on May 25, 1948 in New Berlin, NY, daughter of the late Harold and Leona (LeFleur) Sergent. She grew up in Poolville and graduated from Earlville High School.

On May 28, 1976, she was married to Louis Scholl, sharing 43 years of marriage together. Betty worked a variety of jobs, beginning with Continental Telephone in Norwich for several years before staying at home with her youngest daughter for a time. She then worked at Unadilla Elementary as a library media specialist; in the kitchen at Mead; sold real estate for Rose Realty and Exit Realty, and decorated cakes for Walmart bakery.

A talented crafter, Betty's hands were always busy. She especially enjoyed knitting and quilting and could often be found at local fairs selling her craft items. She also enjoyed baking, fishing and riding horse, and in her younger years, she liked to trap shoot and garden.

In addition to her parents, Betty was predeceased by her sister, Sally Galler; and her brother, Steven Sergent.

A memorial service will be held at 11:00am on Saturday, September 21, 2019 at the Unadilla Center United Methodist Church, 1203 Butternut Road Unadilla, NY 13849. Burial will take place later that afternoon in the Woodlawn Cemetery, Hamilton. In lieu of flowers, memorial donations in Betty's name may be directed to Catskill Area Hospice & Palliative Care, 297 River St. Service Rd., Oneonta, NY 13820. Share memories and condolences with the family online at www.landersfh.com.