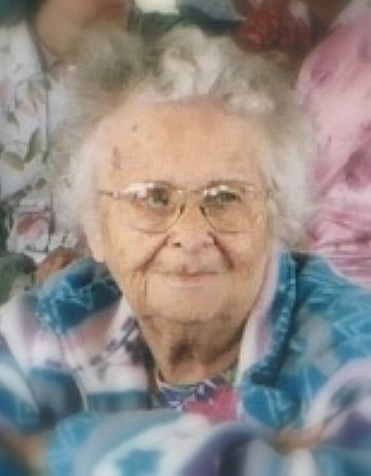 Frances Marion Long Cooke Mrs. Frances Marion Cooke, age 102 entered into rest Thursday, July 11, 2019 at A.O. Fox Nursing Home in Oneonta, NY. Frances was born December 30, 1916 in Syracuse, NY. She was the daughter of the late John Long and Anabel Youngs Long. At the age of 3, the family moved to Sidney Center, NY and in 1936 Frances moved to Sidney, NY in her own apartment, where she became employed at Scintilla Magnet, supplying the starting engines for the US Navy planes during World War 11. While there she met Burnett Douglas Cooke and they were married in December 1941. Their son Carl was born in 1945; at which time she quit her job at Scintilla and assisted her husband in the TV/Radio Repair Service until 1970. They both took pride in growing each of their own gardens each year. Frances was a devoted member of the Congregational Church, where she sang in the church choir. She also had over 70 years as a member of the Eastern Star, 2 times becoming the Matron of the Eastern Star. She volunteered many years as an election board inspector in Sidney as well as volunteering at the Next-To-New Store on Main Street. She always had a smile on her face, whatever she was doing. She is survived by: Her brother Joseph Long, her son Carl Cooke, 3 grandchildren: Christina Whitley and her husband Ronald, Kimberly Cooke and Travis Kathmann, and Matthew Cooke, 6 great grandchildren: Aaron Cooke, Markeece Whitley, Ariyanna Whitley, Katrina Beckmann, Zachary Cooke, and Gabriel Cooke. She was preceded in death by her husband Burnett Douglas Cooke and her two sisters: Ethel Severinghaus and Mabel Colyer. The family would like to thank the staff at A.O. Fox Nursing Home for their care and compassion for the past years. Graveside services will be held at 10:00am on Monday, July 22, 2019 in Prospect Hill Cemetery, Sidney. Share condolences with the family online at www.landersfh.com. Arrangements are under the direction of C.H. Landers Funeral Chapel, Sidney.

Share Your Memory of
Frances
Upload Your Memory View All Memories
Be the first to upload a memory!