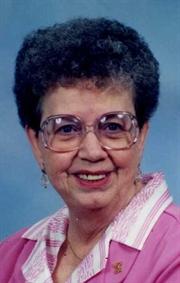 Blanche E. Hunter Sidney, NY Blanche E. Hunter 89 of Sidney passed away peacefully Saturday, February 28, 2009 at the Countryside Care Facility in Delhi. She was born February 28, 1920 to the late Robert and Lillian (Slawson) Hunter in Sidney. Blanche graduated from Sidney High School in 1937. She worked for the Bendix Corp. in Sidney from 1939 until she retired in 1981. Blanche was an active member of the United Methodist Church in Sidney, She sang in the choir since 1948 and was a member of the Dorcas Class. She was also a long time member of the Women of the Moose Chapter #502 in Sidney and a 50 year member of the I.A.M &amp; AW Local 1529. Blanche worked for the Election Board and volunteered with The Hospital Guild and the Red Cross. She is survived by: Daughter and Son-In-law - Dawn and Ken Leizear, Unadilla Grandchildren - Amy Worden, Jamie Worden, Tania Backus and Ken Leizear, Jr. 7 Great Grandchildren Nephews - Wayne and Diane Marble, Binghamton Ronald and Ann Marble, Greene Colin Kelly, Unadilla Niece - Sandra Conover, Unadilla And cousins She was also predeceased by her brother, Robert Hunter and cousins. Friends may call Tuesday, March 3, 2009 from 6-8 PM at C.H. Landers Funeral Chapel 21 Main St. Sidney. A Women of the Moose Service will be held at 7:00 PM. Funeral services will be on Wednesday, March 4, 2009 at the United Methodist Church Liberty St. in Sidney at 11:00 AM Rev. Barbara Green will officiate. Burial will be in Prospect Hill Cemetery in Sidney. Memorial contributions may be made to the United Methodist Church in Sidney. Expressions of sympathy may be sent to the family at www.landersfh.com Arrangements by C.H. Landers Funeral Chapel Sidney.

Share Your Memory of
Blanche
Upload Your Memory View All Memories
Be the first to upload a memory!
Share A Memory
Plant a Tree