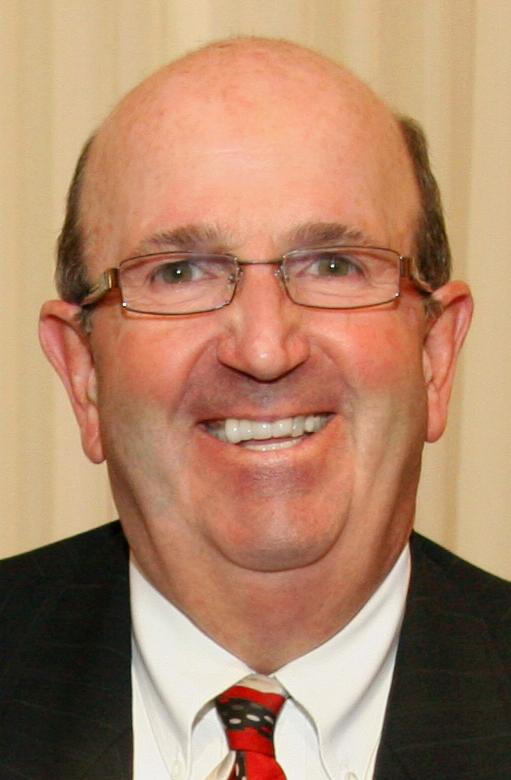 Obituary of James A. Barnhart

James A. Barnhart Sidney—James A. Barnhart, 72, passed away unexpectedly on Sunday, October 9, 2016 in Asheville, NC while spending time with his family. He was born on June 8, 1944 in Bainbridge, NY, son of the late Arthur G. and Alice (Ives) Barnhart. Jim graduated from Sidney High School with the Class of 1962 and went on to attend Simmons School of Mortuary Science in Syracuse, receiving his Associates Degree in 1964. That same year, he began his career in funeral directing at C.H. Landers, Inc. Funeral Chapel. In January 1972, Jim purchased C.H. Landers, Inc. from Charles Landers and together with his wife, Carol, owned and operated the funeral chapel until his retirement on March 31, 2015 after a 52 year career. Over his career, Jim cared for countless families with dignity and compassion. He held numerous positions with the Leatherstocking Funeral Directors Association, and served on several committees at the state level. In 2011, C.H. Landers was honored as the Chamber of Commerce Business of the Years, of which he was incredibly proud. Jim and Carol (Faigle) were married on August 22, 1970 and shared 46 happy years together. In addition to his involvement in the funeral industry, Jim was active in the Sidney Community as a member of the Rotary Club of Sidney for over 30 years, the NBT Bank Advisory Board for 21 years, the Sidney United Methodist Church, Sidney Elks Lodge, and an honorary member of the Sidney Fire Department. Jim and Carol enjoyed traveling, especially spending time in Myrtle Beach, Asheville, New York City and Saratoga. In his younger days, he enjoyed golfing and bowling. Jim will be fondly remembered for his kindness and generosity, his infectious smile, as well as his sense of humor and the pleasure he took in teasing people. He loved talking to people and made friends wherever he went. Jim is survived by: loving wife, Carol L. Barnhart of Sidney; beloved son and daughter-in-law, Christopher and Donna Barnhart of Asheville, NC; beloved daughter, Amy Barnhart of Myrtle Beach, SC; two cherished grandsons, Cooper James Barnhart and Chase Bruce Barnhart; brother and sister-in-law, Donald and Cathy Barnhart of Sidney; sister and brother-in-law, Patricia and Herb Elderkin of Walton; and two sisters-in-law: Shirley Cutting of Sidney and Linda and Kenneth Hamilton of Front Royal, VA. Jim is also survived by eleven nephews and nieces: Tim and Connie Cutting, Scott and Cheryl Hamilton, Kevin and Andrea Barnhart, Dan and Courtney Barnhart, Jeff and Mary Barnhart, Kathy and Chris Neice, Steve Elderkin, Linda and Gary Dennis, Terry Seneca, Jerry Cooper and Noah and Janet Cooper; as well as many special grandnieces and nephews; cousins and immeasurable friends. In addition to his parents, he was predeceased by his sister, Phyllis Cooper and his brother-in-law, John Cutting and his father-in-law and mother-in-law LaMont and Frances Faigle. Friends are invited to call on Friday, October 14, 2016 from 1:00 to 3:00 pm and 6:00 to 8:00 pm at C.H. Landers Funeral Chapel, 21 Main Street Sidney, NY 13838. Funeral services will be held Saturday, October 15 at 11:00 am at the funeral chapel. Burial will follow in Prospect Hill Cemetery, Sidney. Memorial donations in Jim's memory may be directed to: the Delaware Valley Humane Society, 101 E Main St, Sidney, NY 13838; the Sidney United Methodist Church Memorial Fund, 12 Liberty St.; New York State Tribute Foundation, 1 South Family Drive, Albany, NY 12205 or the Sidney Central School Alumni Association, PO Box 2186 - Sidney, NY 13838. Condolences and memories may be shared with the family online at www.landersfh.com. Arrangements are entrusted to C.H. Landers Funeral Chapel, Sidney.

Share Your Memory of
James
Upload Your Memory View All Memories
Be the first to upload a memory!