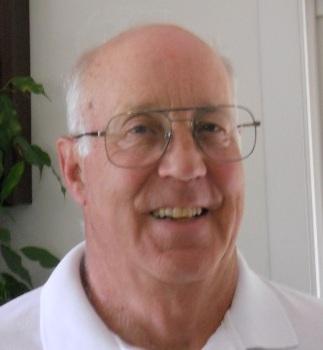 David King Derr Bainbridge—David King Derr passed away quietly of complications from lung cancer on Saturday February 6, surrounded by family. He was born on August 17, 1942, in Washington, DC, to (Clarence) King Derr and Dagny Olsen Derr. When he was 3, David’s family moved to Los Alamos, NM, where he grew up and graduated from High School. In 1960, he journeyed to Northfield, MN to attend Carleton College, which he chose for its liberal arts focus and the fact that it was far enough away that he would not be able to go home on weekends; he specifically chose to force himself to be independent. After graduating from Carleton in 1964, he moved to New York City. After 6 years working at Shell Chemical in the city, he moved upstate in search of the country life. After a few years in the small town of Roscoe, he finally found his true home at the top of South Hill in Bainbridge. He worked for Blue Seal Feeds until retiring in 2005. One of the things he loved about working for Blue Seal was the fact that he got to visit farms and farmers. David loved Bainbridge and he did many things here to become a member of the community and enhance it so other people could come and love it, too. He was a member of the Bainbridge Chamber of Commerce, including the General Clinton Canoe Regatta Committee, and received the Commitment to Community Award. He was involved as a Scout Master in Scout Troop 71 while his sons were in Boy Scouts. Scouting allowed him to share his love of the out of doors with his sons and their friends. He was active with the Bainbridge Community Foundation, Bainbridge Development Corporation, and Rotary, which was a particular passion. He was a dedicated member of the Bainbridge Club with 38 years of service. Since retiring, he had become more involved at the District Level, as Assistant Governor and Advocate for the Rotary Foundation, and was recently chosen to be District Governor in 2018. He loved all sports, and played most of them. David especially loved to play golf. He organized tournaments, was secretary for leagues, and played with friends and Judy as often as possible. He also watched lots of sports whenever he could. He would often know how to track results of sports he had never watched better than the appropriate officials, before the event was half over. He especially loved watching his kids and grandkids in whatever sports they might play. Finally, he got exceptional joy out of his and Judy’s home. He loved the views of the sunrises and sunsets, and the moon, and the stars. He loved the peace and quiet. He loved raising animals and his bountiful garden, which provided much fresh produce for his family. He is survived by his beloved wife Judy (nee Handy); his sister Dorothy and her husband Lowell Dayton; and his sons and their families Charlie and Michelle Derr and their children Elijah, Jessica, Travis, and Bailey; Dan and Audrey Derr and their daughter Ellison; Bill and Ren Lara-Lothridge; Tom Lothridge and Kristen DeBryne and his children Katelin and Ali; and Steve and Jenny Lothridge and their children Sam, Katie, Luke, and Shane. Also Judy’s brother Bob and Joyce Handy, and nephews Michael, Chris, and Jon Dayton; Mike, Tim, and Chris Handy; and Mark Handy and their wives and children. He was predeceased by his parents, his sister Barbara Morgan and her husband Rueben Zelwer, and Charlie and Dan’s mother, Ann Kennedy. He will be greatly missed by all the people he loved and who loved him back as a devoted husband, brother, father, grandfather, colleague and friend. Friends may call from 2:00-4:00pm on Tuesday, February 9, 2016 at C.H. Landers Funeral Chapel, 21 Main St. Sidney. Services will follow at 4:00pm at the funeral chapel. In lieu of flowers, memorial donations in David’s name may be directed to The Rotary Foundation Endowment Fund, 14280 Collections Center Drive, Chicago, IL 60693 or to the Friends of Bassett, 1 Atwell Rd. Cooperstown, NY 13326 in honor of Dr. Bruce Kramer for the wonderful care shown to David. Condolences and memories may be shared online at www.landersfh.com. Arrangements are under the direction of C.H. Landers Funeral Chapel, Sidney.

Share Your Memory of
David
Upload Your Memory View All Memories
Be the first to upload a memory!