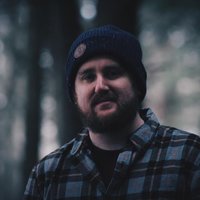 Jeremy Vaughn passed away unexpectedly at his home on Friday June 12th. He was born on December 10th, 1989 in Jacksonville Florida. The son of Sandra and Patrick Vaughn. In 1995 his family, which now Included his sister Chelsea, returned to Sidney NY. In 1997 Jeremy's family purchased "The Rink", where he spent his childhood. He graduated from Sidney Central High School in 2008, where he excelled in Baseball and Football. He later attended SUNY Delhi, where he studied landscape design. Jeremy is survived by his parents, his sister Chelsea and her Fiance Darien Giordano, His Niece Ruby Lee, His Love Emily Johnston, and his best friend Alex Wheeler. He is also survived by many Aunts, Uncles and devoted Cousins. Jeremy was predeceased by his grandparents; Pat Price, Stan Vaughn, and Mildred Stebbins, and his Uncle Gary Vaughn. Jeremy had many interests. but was passionate about photography, video gaming, computer science, roller blading, the stars and the night sky. He enjoyed listening to "Brand New" and "Lil Peep". He was also a fan of various podcasts. But he will be most remembered for his love of outdoor adventures with his friends. Jeremy and Alex built a special place they call the "Wanderers Guild" where the late night bonfires have become a favorite past time. Jeremy and his friends spent many nights around the fire discussing and trying to solve the problems of the world. Jeremy was pure at heart. He was a great friend, a good brother and an exceptional Uncle. Jeremy always cracked the funniest jokes and could make just about anyone laugh. He had such an empathetic personality, he knew exactly what to say to mend people's hearts. He always made a point to tell everyone how much he loved them. His personality was extremely unique, one that will certainly be missed by many. Jeremy's family will be hosting a celebration of his life at the family home; Sunday June 28th from 1:00 p.m. to 3:00 p.m. 22 Manatee Avenue Sidney NY 13838